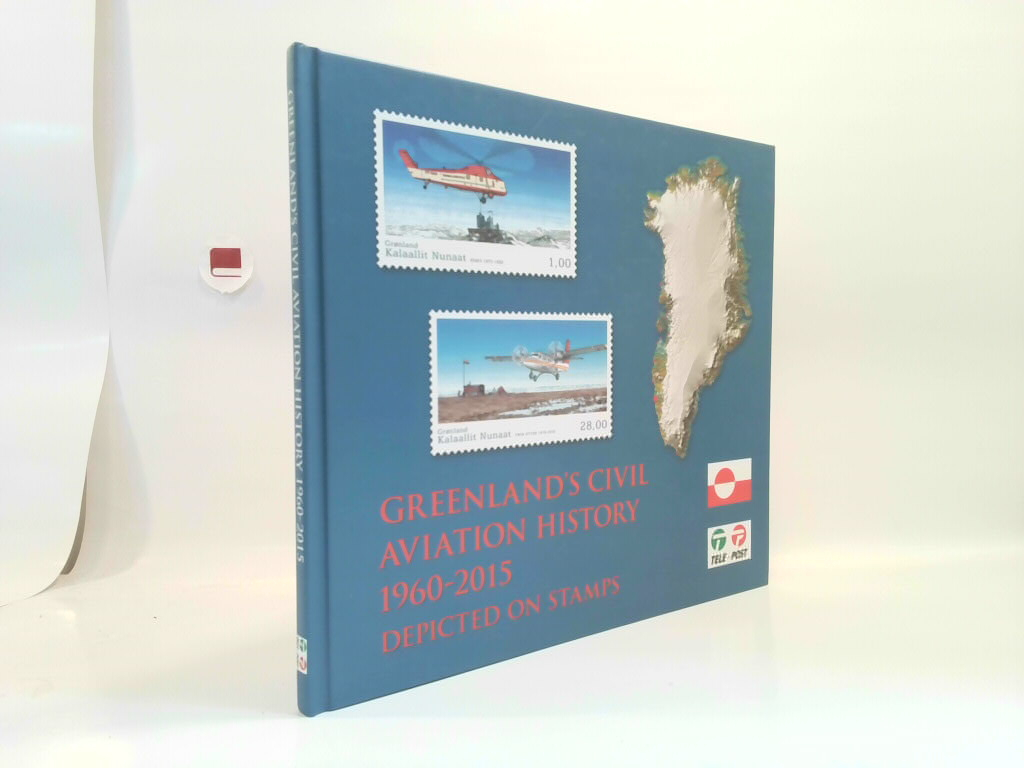 Ole Dam: Greenland's Civil Aviation History 1960-2015 Depicted on Stamps. Before 2011, planes and helicopters rarely appeared on Greenlandic stamps. Until and including 2010, it actually only happened five times. These stamps were issued from 1976 to 2010. In 2011, POST Greenland therefore introduced a stamp series in order to tell the fascinating story about civil aviation in Greenland. The series included a total of thirteen stamps with images of planes and helicopters, which all have been used in Greenland from the late 1950s until 2015. The stamps have all been issued in normal sheets. The printing method is a combination of intaglio and offset. The artist who etched all the images is the legendary Norwegian illustrator and engraver Martin Mörck, who has created more than 100 images for Greenlandic stamps so far. The history of Greenlands civil aviation began in 1958. To tell the story, the author have been working with on of the greatest experts - Ole Dam, former Area Manager at Grønlandsfly (later renamed Air Greenland), who worked for the airlines from 1962 till 2003. - ISBN: 978-87-91951-07-7, 978-8791951077