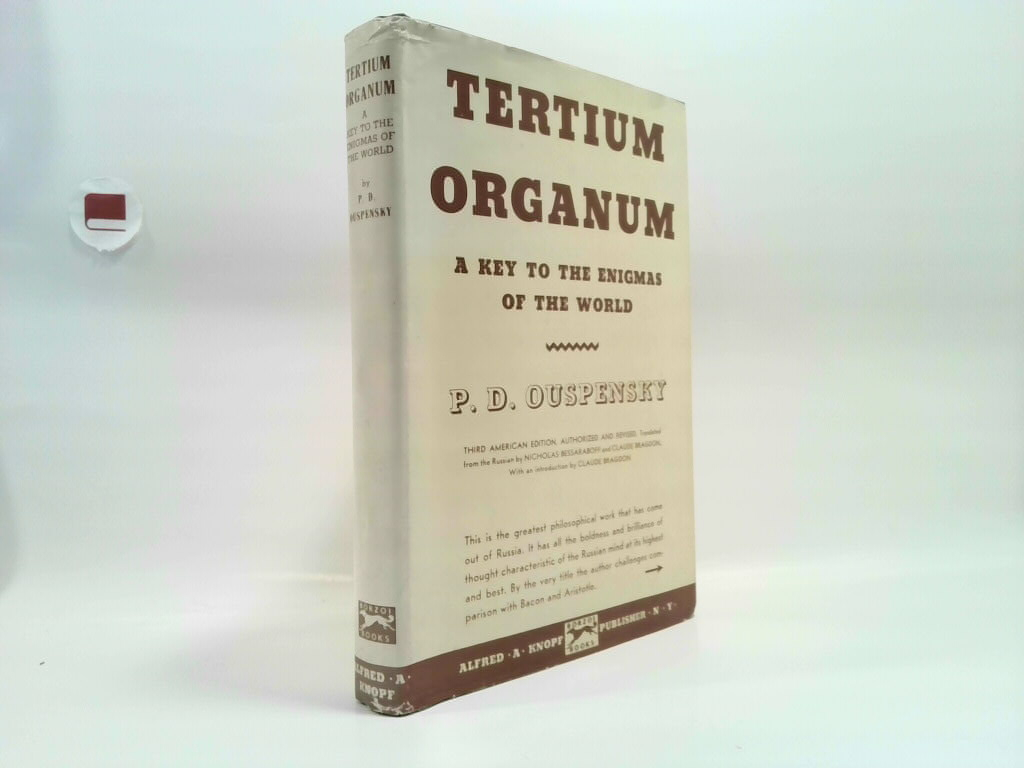 Alfred A Knopf, 1964, 3rd edition. Hardback with few exterior signs of use and some stains on the exterior of the book block as well as an ownership stamp on the fly leaf.

P. D. Ouspensky: Tertium organum : The Third Canon of Thought : The Enigmas of the World. Translated from Russian by Nicholas Bessaraboff and Claude Bragdon. With an introduction by Claude Bragdon. Pyotr Demianovich Ouspenskii (known in English as Peter D. Ouspensky was a mystic who traveled wide and far in Europe and the East looking for esoteric knowledge. Later on, he studied with G.I. Gurdjieff. In this work, he uses the concept of the fourth dimension as an extended metaphor for the esoteric nature of reality. Einstein and other physicists had at that time validated the study of higher dimensions, and Ouspensky was fixated on this idea. One can only wonder at what he would think of string theory, parallel universes, and the holographic universe hypothesis (the latter of which he prefigures in this book). This book referred to his believe of the third major philosophical synthesis, the previous being those of Aristotle and Bacon.