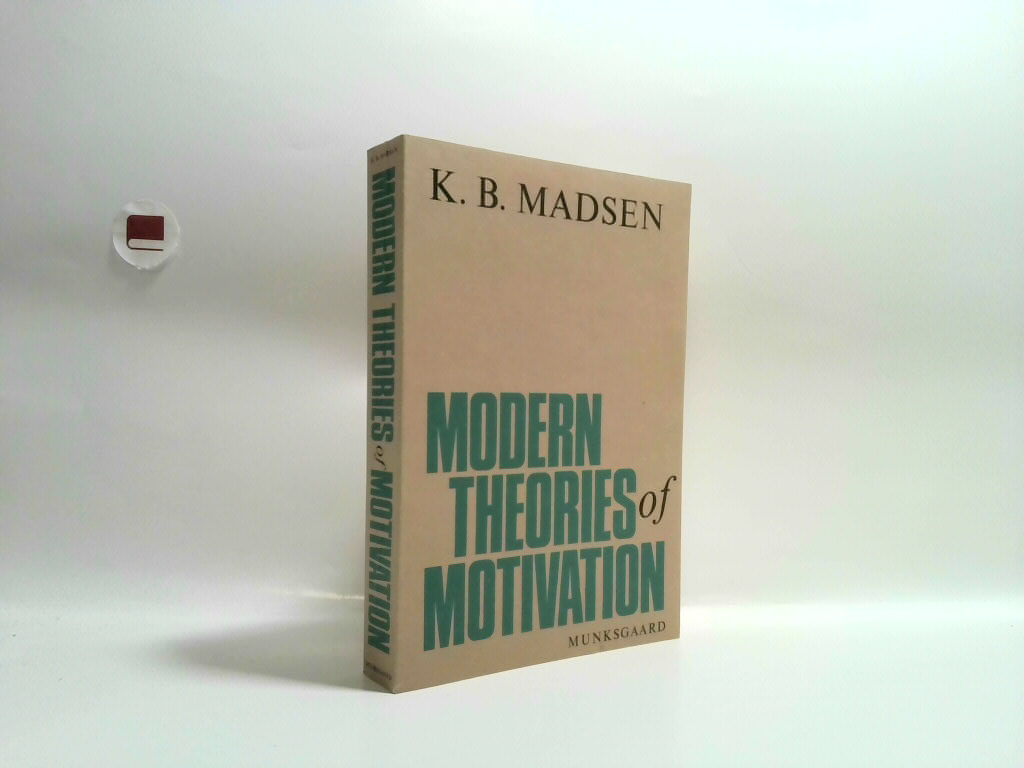 Munksgaard, 1974, 4th edition. Stitched, with few exterior signs of use.

K. B. Madsen: Modern Theories of Motivation : A Comparative Metascientific Study. This book is no historical description of the evolution of motivational psychology, though it covers a period of 3-4 decades. The book is not a work in the history of psychology, but rather must be classified under another "metascientific" discipline, the philospohy of the science, and especially under the subdiscipline called "meta-theory". As a philosophy-of-science-study of phsychological theories the book may be of interest to both philosophers and psychologists. The philosopher may regard the book as an application of his science to psychological theories. The psychologist may regard the book as a survey of the complicated and confusing field of motivational theories, and perhaps gain deeper insight into the problems of constructing theories, which is very important for a modern scientist. - ISBN: 87-16-01322-0, 8716013220