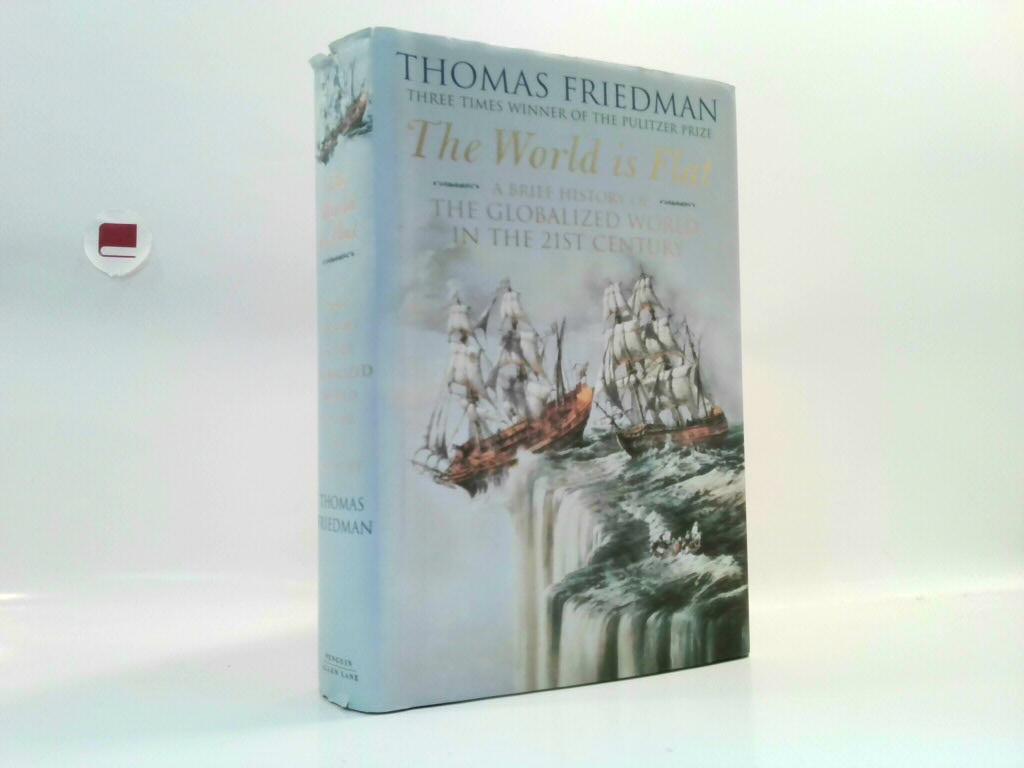 The World Is Flat

Penguin Books, 2005. Hardback with dust jacket, with som tears on the dust jacket as well as a dent in on the top of the front cover. Otherwise a fine copy.

Thomas L. Friedman: The World Is Flat : A Brief History of the Globalized World in the Twenty-first Century. Three times winner of the Pulitzer Prize. When scholars write the history of the world twenty years from now, and they come to the chapter Y2K to March 2004 , what will they say was the most crucial development? The attacks on the World Trade Center on 9/11 and the Iraq war? Or the convergence of technology and events that allowed India, China, and so many other countries to become part of the global supply chain for services and manufacturing, creating an explosion of wealth in the middle classes of the world's two biggest nations, giving them a huge new stake in the success of globalisation? And with this flattening' of the globe, which requires us to run faster in order to stay in one place, has the world got too small and too fast for human beings and their political systems to adjust in a stable manner? In this book, the award-winning New York Times columnist Thomas Friedman demystifies the brave new world for readers, allowing them to make sense of the often bewildering global scene unfolding before their eyes. With his inimitable ability to translate complex foreign policy and economic issues, Friedman explains how the flattening of the world happened at the dawn of the 21st century; what it means to countries, companies, communities and individuals; and how governments and societies can, and must, adapt. - ISBN: 0-713-99878-4, 0713998784


The World Is Flat