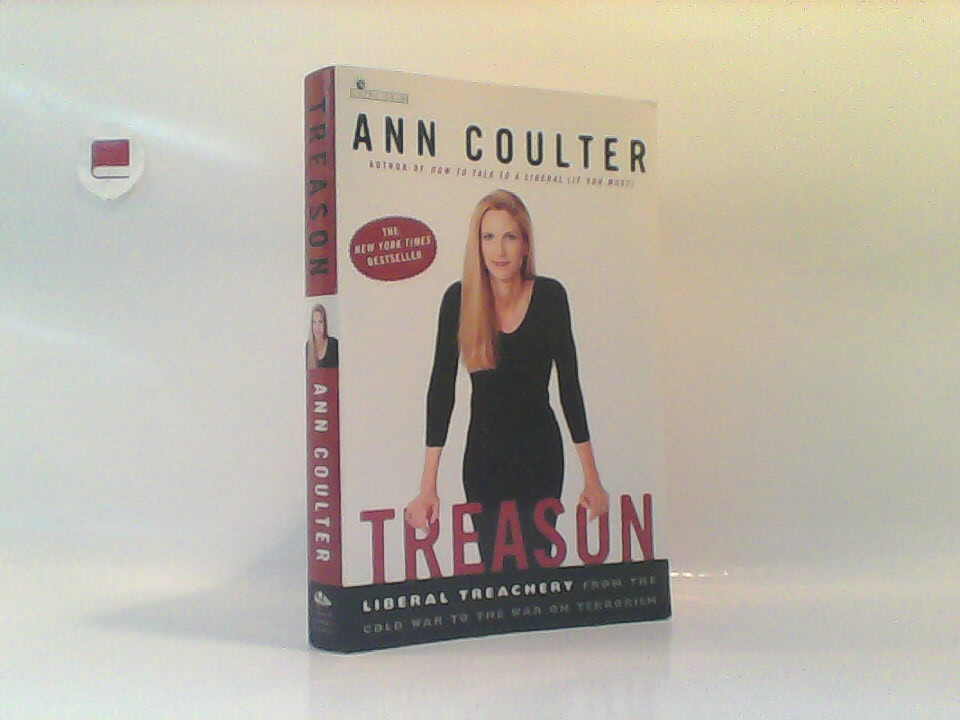 Ann Coulter: Treason: liberal Treachery from the Cold Wat to the war on terrorism. In a follow-up to her number one bestseller Slander, conservative pundit Ann Coulter contends that liberals have been wrong on every foreign policy issue, from the fight against Communism at home and abroad, the Nixon and the Clinton presidencies, and the struggle with the Soviet empire right up to today’s war on terrorism. “Liberals have a preternatural gift for always striking a position on the side of treason,” says Coulter. “Everyone says liberals love America, too. No, they don’t.” From Truman to Kennedy to Carter to Clinton, America has contained, appeased, and retreated, often sacrificing America’s best interests and security. With the fate of the world in the balance, liberals should leave the defense of the nation to conservatives. - ISBN: 1-4000-5032-4, 1400050324