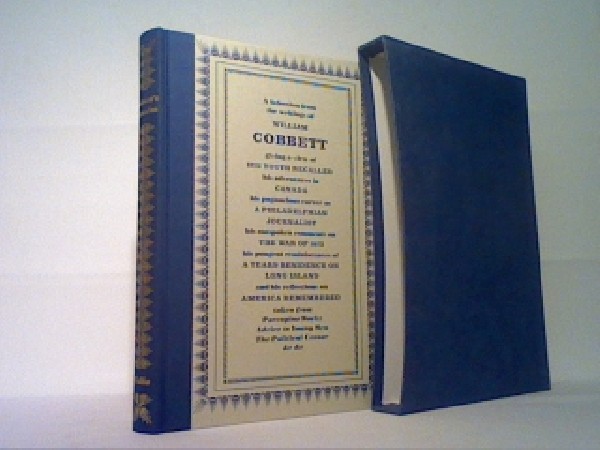 William Cobbett: Cobbett's America. A selcetion from the writings of William Cobbett. Edited and introduced by J.E. Morpurgo. Giving a view of his youth recalled his adventures in Canada, his pugnacious career as a Philidelphian journalist, his outspoken comments on the war of 1812, his purgent reminiscences of a years residence on Long Island and his reflections on America remembered.